We played Bogstock on Saturday night at The Nags Head, High Wycombe. It was all in aid of raising monies for the toilets to be refurbed - win! We somehow managed to squeeze into the lads toilets at 12.30am with about 12/15 people. Through all the commotion of it all, a pint got spilt on the electronics and caused them all to short circuit. We continued playing after some noise back from the keyboards/pedals - we had a banger! Cheers to Tom Hart (Landlord) for letting us play! Silly really. Should be some video of it somewhere.

In other news,
• you can now stream the whole album 'SET MENU' here! You can even pre-order the album while you listen away.
• a late one, but we are now playing in Reading this Sunday 27th March at The Butler [RG1 7DS] w/ The Long Haul (http://www.myspace.com/thelonghauluk), Witch Cult (http://witchcult.tumblr.com/) and Valkillmer (no link) Come and go mental, so you're ready for the new week!!
Posted by Unknown at 00:35 No comments: 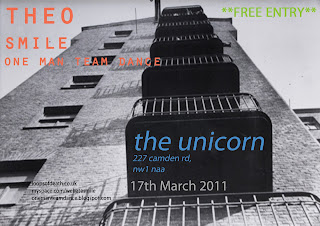 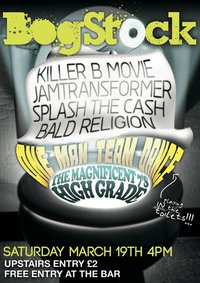 We found out we are in the longlist of 123 bands to possibly play Glastonbury this year. This would be bloody awesome!!

http://www.glastonburyfestivals.co.uk/news/emerging-talent-competition-longlist-announced
Posted by Unknown at 13:30 No comments:

Album pre-orders are up!

HURRAH! You can now pre-order our debut album 'Set Menu' over at Dead Pilot Records! Go on, treat yourself. You've been good! 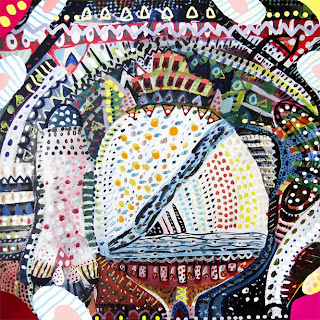